When Henri Cartier Bresson coined the term ‘the decisive moment’ he probably wasn’t talking about a man having his chest waxed on his wedding day, but the thing we love about Matt Badenoch is his ability to capture a moment at exactly the right time and freeze that moment for eternity.

We wanted to pick his brains and find out just what goes in to creating such brilliantly timed photographs. How do you anticipate decisive moments, are you a fly on the wall with amazing reflexes or almost joining in with what’s happening?

A bit of a mix of the two. I’m a fly on the wall in the sense that I never direct or stage moments. For example, I wouldn’t ask people to move to a position with better light as I find that even little suggestive things like that create the impression that you may be directing for the rest of the day (something I always want to remove from guests minds from the start). But mainly I capture decisive moments by anticipating the moment before it happens. Here’s a few things I do to help me achieve this.

a) I get to know the couple ahead of the day through a booking meeting, an online form and a Skpye catchup call a few days before the wedding. By knowing the couple I get a sense of the vibe/energy/atmosphere before I arrive on the day. This prior wedding engagement also allows me to build trust with the couple so when I turn up to the wedding they welcome me like a friend instead of a stranger. When others see this (e.g.bridesmaids during prep) this trust is passed on which helps me gain greater access quicker.

b) Arrive early. A chance for people to get used to you and for you to start reading the energy and atmosphere which allows you to better anticipate moments. It also allows you to read people’s characters. For example, the bridesmaid that cried during prep is probably worth keeping an eye on during the ceremony as people are creatures of habit. Or the usher cracking jokes during prep might well be the one buying shots for his mates on the dance floor.

c) Slow down. Stop shooting. Watch, listen and anticipate. It’s about picturing the perfect possible photo outcome in your head before it even happens. What would be your best tip for getting shots that really capture a moment?

a), b) and c) above really help. However in short it really comes down to the difference between taking a photo vs creating a photo. I used to just look for moments and then take a photo of them as soon as they happened. Now i do things differently. I anticipate moments before they happen, or at least the potential for a moment to happen. When I pick up on one, I move into position, get my settings correct, think about my composition and the background and then wait for the moment to unfold. I then shoot through the moment, working my composition as the subjects move within my frame until the moment ends.

Tell us about these images: This took place during Chinese wedding games before the wedding. This game involved the bridesmaids hiding wax strips in the grooms room. The groom then had 2 minutes to find all the wax stripes and rip them off. Where as most grooms men had the strips placed on arms and legs, one had one on his hairy chest. I knew this guy would be my money shot. As the groom moved down the line of groomsmen I focused on getting this one guy. I set up in a position where the windows (either side of the frame here) wouldn’t appear in the frame (it would make for a distracting background) and waited for the groom to reach this usher. I then shot through the moment, adjusting my composition to try and get the groom and usher in the back ground in the shot. This took place straight after the ceremony where everyone was coming up to congratulate the bride and groom. I started off just capturing individual moments, but with so many moments going on I saw the potential to layer a photo with more moments and so capture more of the story in one frame. Keeping an eye on the bride (my main subject) I took a few steps back so other moments were occurring between me and the bride. I then kept shooting and adjusting my composition until everything fell into place and I got this. If I’d kept shooting everything and not taken a few seconds to slow down and read the scene I would never have captured this photo. At a recent circus themed wedding the couple had arranged some fire performers. I’d never photographed fire performers before but was excited about the challenge. The first thing I noticed was the huge difference in brightness of the flame as they performed different moves which ranged within about 10+ stops. As I was using a manual exposure setup I needed to make a decision on which shots I was going to get and leave the rest, instead of chasing every shot. I committed to the brightest shots which had the largest amount of fire. A third of the way through the set the lead topped up the fuel on his staff and before starting he threw the staff up in the air to get rid of excess fuel. The result was an epic fireball. I missed this the first time as I wasn’t expecting it but I kept an eye on him for the rest of the set and sure enough eight minutes later he went back to top up the fuel and this time when he threw it up in the air I was ready to capture the awesome ball of fire that followed. During the setup for this wedding I noticed a couple of girls playing under a tree down by the lake. Being in the shade of the tree I saw the potential for a cool silhouette against the brighter background of the lake and sky. As I walked over they were doing some cartwheels but by the time I was in position they’d stopped and were just sitting in the grass. One thing I’ve learned over the years is that people are creatures of habit. So I waited and sure enough after a little while they started doing cartwheels again. I lay on the ground shooting for about five minutes waiting for all the elements to line up and this photo was the result.

Many thanks to Matt Badenoch for giving us a great insight in to his approach with us and sharing some fantastic photos! 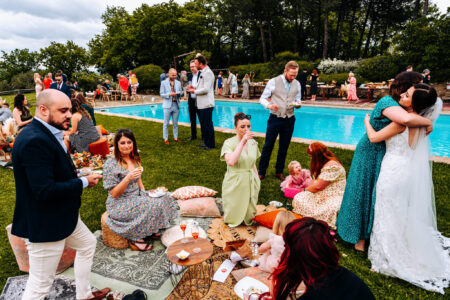 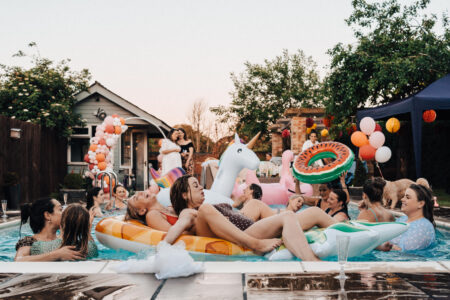 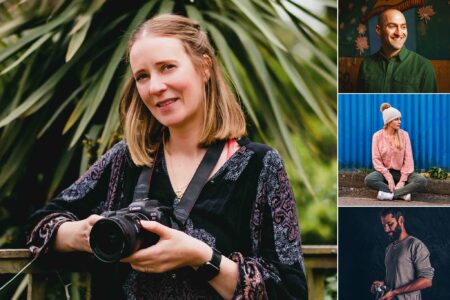 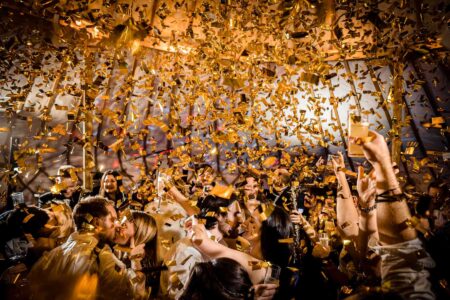